A modern tourist center, Beverhaven has enjoyed economic prosperity and fame from its very beginnings. Settled in 1780 and incorporated as a city in 1805, Beverhaven became renowned for its semi-tropical weather with long summers and mild winters. Many famous authors that spurred social change within the United States (of Yavaria) were born in Beverhaven, such as Lauren S. Kettering and Daniel P. Grover. Beverhaven is a city that is one of the most progressive in the nation, especially in its traditional conservative state of Resmary. The city features a massive sports park, a state-of-the-art convention center, and the chic apartment towers of Bower’s Island. Also, the Federal Motorway Program of 1953 developed FM-3 (the north-south motorway), and the FM-34 (east-west motorway). 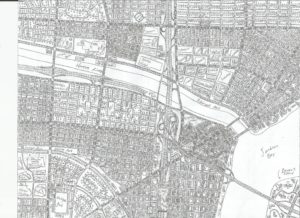