The city of Holstenhafen is located somewhere in Northern Germany at the coast of the North Sea and is the capital of the federal state Holstenland. The city has a huge harbour and is connected to the railway and motorway networks. Oil harbour and airport are located in the east outside of the map. The town of Aspensen will be incorporated to Holstenhafen as the 38th district in 2013.

The city has about 3.5 million inhabitants. It was founded quite late in 1231. The castle next to the sea is the origin of the city. The river mouths were controlled from here. The Old Town (1st district) spreaded out around the castle afterwards. The still existing parts of the former fortification show its form and size. The 2nd, 3rd, and 4th districts were built in the 19th century, th so called New Town.

Construction of the U-Bahn (metro) network started in 1906. Additionally, S-Bahn (suburban rail) lines run parallel to normal railway lines. Also, the tramway network is an important means of public transportation with line numbers starting from 15, whereas metro lines are numbere 1 to 13.

Besides the city map in 7 parts, there are a metro overview map and a map of the administrational structure of the city. 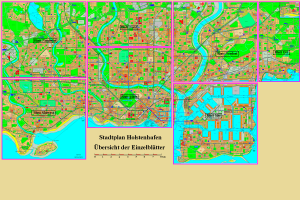 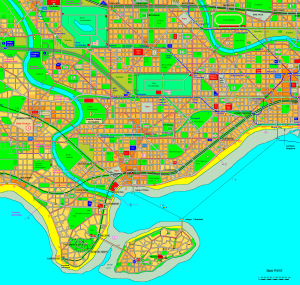 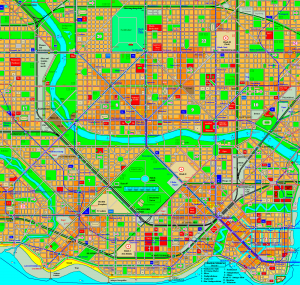 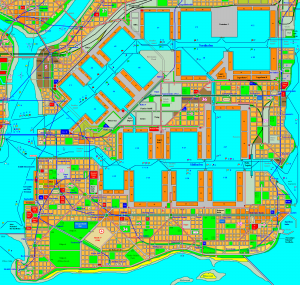 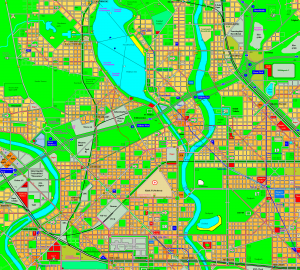 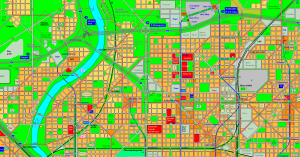 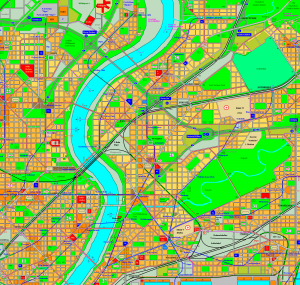 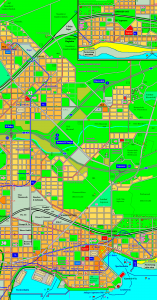 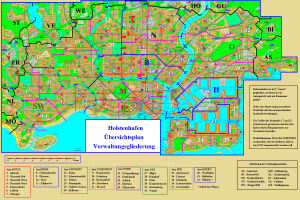 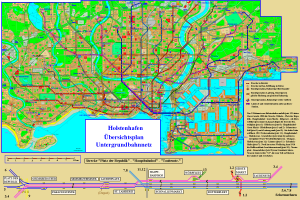