Milerno is a city located in a nation called Flomania (Flomans in English). It is not the capital (which is Goboli, Goble) but the biggest city of the country as well as the major economic centre. It is also a vibrant cultural centre with some historical sites (the “Castle”, the “Ancient Library” and “the Rivoli Palace” with its huge park). The city is very fashionable with elegant streets in the centre. Nevertheless, due to the frequent economic crises its population has shrunk from 2,215,000 inhabitants in the early 1980s to the actual 1,996,000 (including surroundings). 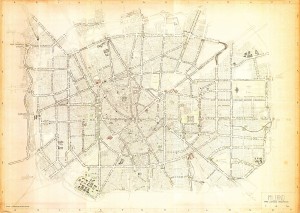