Nali is a border town in the extreme north east of the country. It was founded by German-speaking settlers around the mid 1600’s. The original settlement didn’t survive a natural disaster around the late 1700’s, as it got partially flooded and now is a lake. Luckily, an alternative settlement has been established.

Nali has a rich history of co-operation with Yanbourg (Wäffler Territory) going back 300 years. The two nations exchange exclaved territories, with their party being spoiled by the Qdbeans. to the north and east. Nali is build on the sugar cane trade. It processes and exports the the final product to the whole nation. The fields are still worked by hand. The
town boasts a prestigious border guard school. The region around Raumheim (in the enclave) is used for cattle ranching. The B62/R62 road is of a unique design: it is a quad-carriage way: A highway in the center island of another highway. the ‘guest country’ drives on the inside, while the host goes outside. This scheme allows the two countries to access their exclaves without the need for border control. Border control is only implemented when you ‘permanently’ enter the other nation.

The airport in Holzbank is large enough to land a jumbo jet. The town doesn’t need such an airport; however, this is a strategic point in the cross-oceanic flights to the old-world. Talking about defence, Nali hosts a small naval base (a single war ship), and a small fleet of fishing boats. 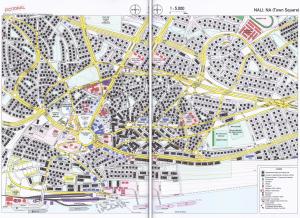 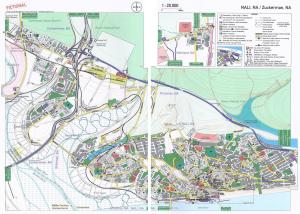 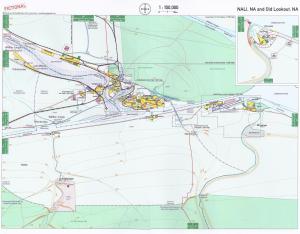 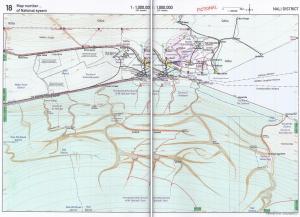 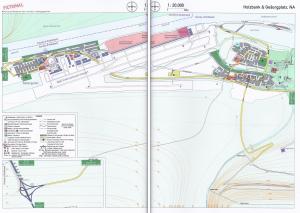 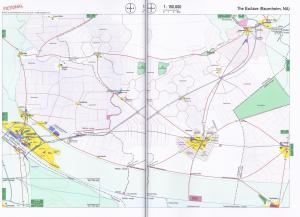