Newark is the main city of an agglomeration with a population of a few million and the capital of a fantasy state. Its name and its function as a melting pot are a reference to a big city in New Jersey (USA). Neighbouring cities are Larabee and Luton. The city is very heterogeneous with downtown areas following the North American principle, European districts and Asian quarters. There are large motorways and there is a dense system of public transportation (suburban trains, metro lines, tramways and busses). The map is hand‑drawn in a detailed bird’s eye view in a contorted scale between 1:300 and 1:400. Its original size is 3 by 1.5 meters. 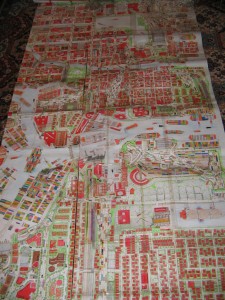 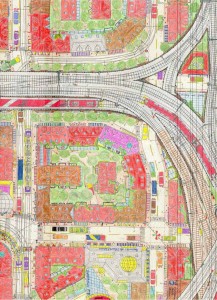 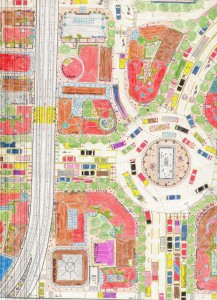 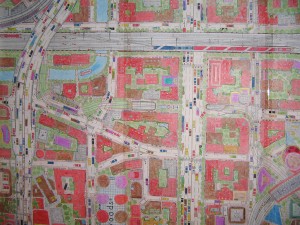 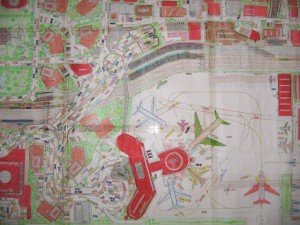