“I always had this passion for cities, always curious about their size, their organisation, their ‘design’. I really like to spend some time ‘investigating’ cities all around the world in Google Earth or Bing Maps and my creations have a bit of a mix of what I observe.” This is probably the way how many urban geofictionalists do it: creating maps of fictional places that are a “synthesis” of observations and investigations from maps of existing places. Inspiring “compositions” of urban forms, still creating something new in the end.

Here are some pictures of one of the six cities that Miguel Guimarães has drawn so far: Novo Guimarães, a city at the coast with a mixture of parts with a rectangular street grid, neighbourhoods with other interesting geometrical forms, and even some quarters with quite “organic” forms. The style is very unique: streets are shown as simple lines (or double lines for avenues/motorways with divided lanes) and the outlines of each (!) single building are shown. The city is surrounded by a (semi-)circular motorway, the airport is located in the north-east. 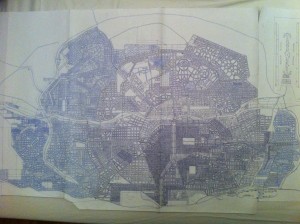 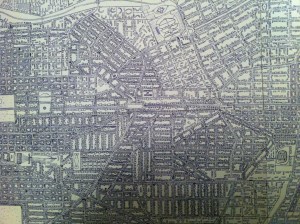 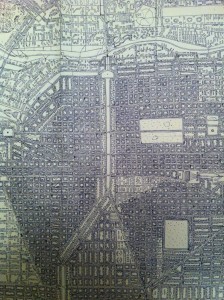 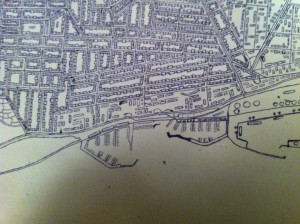 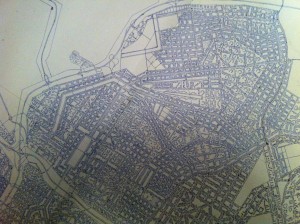 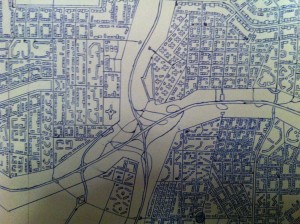