The city of Yogo is located on the northern shore of Ringboil bay about 260 km south of Gramen, capital of Scania. Not being very large, its population counts 320,000 for Yogo municipality (130 km²) and 590,000 in the entire metropolitan area (220 km²). Yogo is a major city in Yogost county, of which it is the administrative center. It has an extensive public transit network. There is a dense light rail (“L”) network with a circle in the city center and many radial lines, forming the backbone of the city’s public transit together with a suburban rail network. The system is supported by an extensive bus network. All public transit systems in the metropolitan area are integrated technologically and by fare. Please see the author’s homepage. 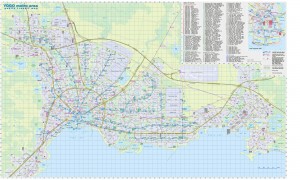 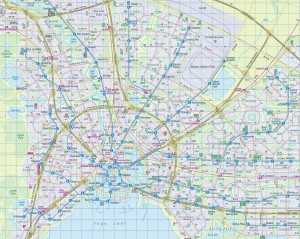