Aaby was planned in a concentrated and compact way. The structure—apart from the old town—is based upon a rectangular street grid that is broken in some points to give orientations to the citizens. There is a well‑developed shopping district (Esplanade) as well as a market district (Bazaar) in the downtown area and the cultural university district south‑west of the inner city. In the south‑east, a small-trade and artisan district has been developed along the harborfront. Metros (elevated outside the inner city), trams, funicular railways, suburban railways and ferries form a dense public transit network. There are no motorways. A city with short distances. Jane Jacobs would be satisfied. 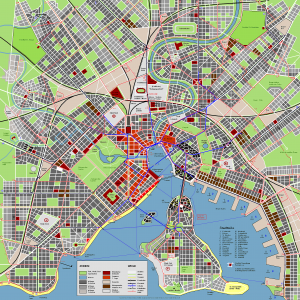 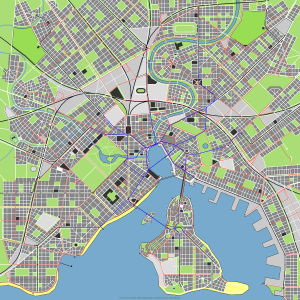 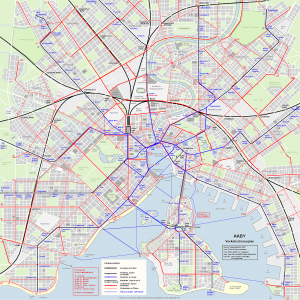