Yordam is located in Scania (see Gramen for details about this continent). The city of Yordam is situated at the southern edge of the Essential sea and the downtown area developed around the Yorik bay, the old town with the castle (today’s districts of Frenlax and Fjunsait) was built on a small peninsula. Yordam has a well-developed metro network with three lines, each of which with several branches outside the downtown area (like Stockholm’s T-bane). The suburban rail network is an important part of the mass transit system and there is the typical Scanian urban express rail network as well. Please see the author’s homepage. 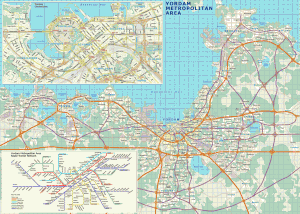 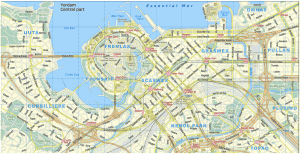