The urban structure of Delta follows the same principles as the one of Aaby by the same author. The history of Delta started as a trading city with many canals, located on different islands. However, with the expansion of the city the problems of the location in a river delta got visible. But instead of building expansive road bridges and tunnels, many metro lines were built and an express rail system as well as a ferry network were put into service. The dense urban structure follows the urban rail lines. Dense public transit coverage and crosslinks are provided by tramway lines. Finally, despite its character as a harbor and industrial city, Delta is equipped with the clear advantages of a compact urban structure. Please visit the author’s homepage. 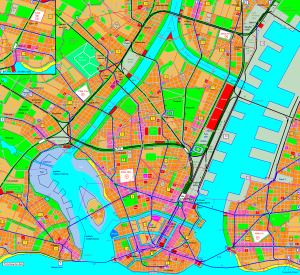 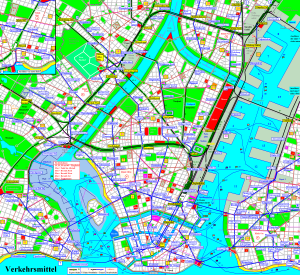 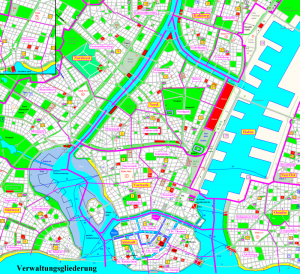