Enteve is the capital of Alphistia, a small northern country with an area of 868 square kilometers and a population of 284,000. Enteve (like all Alphistian towns), is well‑planned. Its population is 124,000, which is quite small for a captial city, but Enteve is designed to create the feeling of a bigger city by concentrating people and activities in nodes along its extensive tram network. The system is called Metrotram and has three lines and 39 stations (8 of them underground). Car ownership in Enteve is very low for a modern city, and this too is by design. Most residents are able to live quite easily without dependence on a car. See this project in its original context at the author’s homepage. 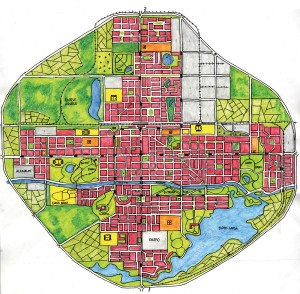 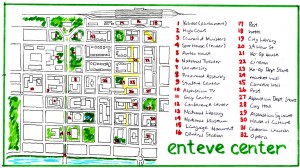 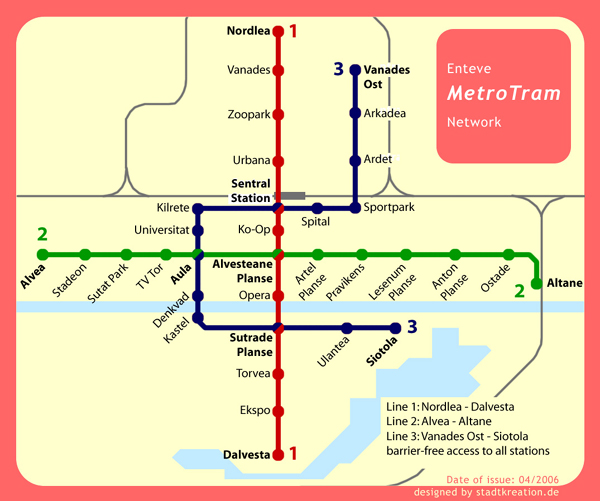 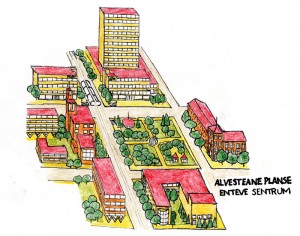 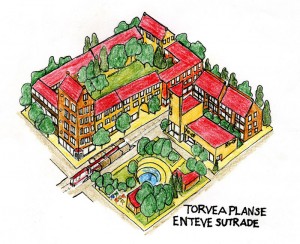