The city of Oakland Park is one of the largest suburban towns outside the sprawling metropolis of Urbana. Initially settled and incorporated in 1832, the village was named “Catherinesburg” for the founder’s (Mr. James Ludlow) wife. As the years passed, and as Urbana grew in size, Catherinesburg saw the building of some manors to the south of the village center. It was there that Mr. Leonard Hanes and his wife joined the town council and led a successful campaign (in 1919) to change the town’s name. Thus, Oakland Park became a reality, prompting the building of more suburban projects, especially during the late 1930s and early 1980s. The East Valmont state route 373 moved its designation to a modern freeway that was built along the city’s southern periphery in 1987. Some notable people that came from the town was William Sutherland (42nd President of the U.S.Y.), and Danielle Everetts (heiress and CEO of Everetts-Shaker Industries). Today, the population stands at 51,087 and is rising ever so steadily 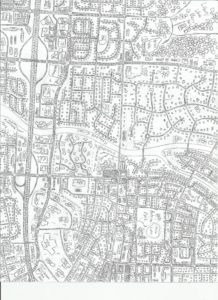