I’m a city planner and freelance web-designer from Hamburg, Germany. Amongst other things I like cities, using their public transport on rails, cycling around in an urban environment. I love cartographic depictions – and I’m an “urban geofictionalist“.

I’m addicted to city maps (and maps in general) and since almost twenty years now, my collection of maps of (existing!) cities grows bigger and bigger. As many other map lovers I can look at a nice map for a very long time, discovering new interesting details, reading names of places that I didn’t know before, enjoy the beauty of the used colors, lines, symbols, signatures, hachures, or just staring at it very intensively, fascinated, and then wondering after a few minutes what exactly I’m seeing there or looking for.

At an early age I found out that when looking at two-dimensional depiction of urban space, I indeed have the wish to visit the places that I see on the maps in real life. But that’s not the most important thing for me. The most important aspect is to just enjoy the feeling of the imagination: imagining walking along a certain street, using a metro or tramway line that I see on the map, imagine what the buildings look like, if it’s a crowded or quiet part of the city. I found out that it’s more interesting for me to look at maps of cities where I’ve never been so far than at those of cities that I already visited.

Thus, very soon I became an “urban geofictionalist”: I started drawing my own made-up cities, enjoying the feeling to imagine what they look and feel like in real life – and also the feeling of not having the possibility to find out. It’s hard to figure out exactly when it all started. Already as a small child I drew street networks (often with details like car lanes, traffic lights, bus stops…) and railway tracks. I was about thirteen or fourteen years old when I started with hand-drawn maps in the style of printed city maps. In most cases I drew in 1:20,000 scale, sometimes in 1:15,000 and sometimes in 1:25,000. Later I tried to draw the maps with computer software, but it took me a few years to figure out the best way to do it. It was only in 2006 or 2007, that I started huge computer-drawn projects and in 2009 my first completely computer-drawn city was finished. 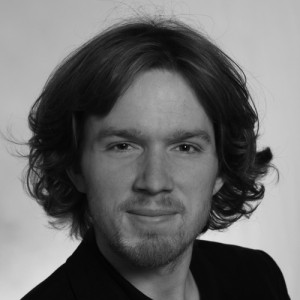