Höjkelfeld is the capital city of the Republic of Klönsland. Founded in 14 AD/CE by Arstinian traders, the town stayed at a relatively low population (roughly 2,540) up until the early 19th century. In approximately 1811 AD/CE, the people of Höjkelfeld (and thus the rest of Klönsland) started a movement for a revolution from the tyrannical Arstinian Empire. In total, the military venture was successful, leaving the new nation to expand and develop its capital further. Over time, the population grew to about 20,000 people and then plateaued until about 1940. From then until today, the city saw the building of a couple of state-of-the-art sports arenas, as well as a couple motorways. Today, the city stands at about 400,500 people. 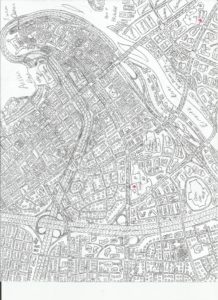