Elmarsrum is a city of 800,000 (with 2m in the metro area) in the north of Fundlen, near the Nornalp mountains. It is a major economic centre of Fundlen, hosting a number of multinational companies and is the hub of the manufacturing belt that stretches across the north of the country. It lies on the Tofta river, and is the southern end of the Bodan pass, the main transit point to the north. 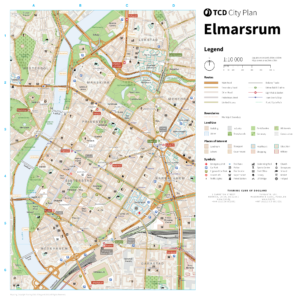 The city has its origins almost 2000 years ago as a trading point, and developed as a city state, expanding between the mountains and the Vittar river. In the 17th century, after a devastating fire, the Duke of Elmarsrum laid out a planned city of 1×1.2km on a grid form, with space to expand within the city walls (now Hofstr., Napolestr., Riggoldstr. and Grindastr.), progressively relocating residents of the existing settlement which clustered around Segretfurt.

The city developed a reputation for elegance and sophistication during the 18th century, and vied with the now-capital Magersryd for commercial supremacy. Unification of the country in the 1840s enabled the city to access a much larger market and attract migrants from the west. In the late 19th and early 20th centuries, rapid growth of industries gave the city its “Red Elmarsrum” nickname, being a hotbed of communist activism. In the 1950s and 1960s, under the national post-war military government, the city had significant industrial investment, but union activities were suppressed.

In the 1970s, the city added a number of urban motorways along river quays. Since the 1980s, the city has become one of the wealthiest in Fundlen, due to a large number of corporate headquarters. In 1988 the first Metro line opened.

The city is served by a number of motorways, and key national rail lines including the ARO high-speed service. Trams serve busy boulevards and the Metro system is slowly expanding. Areas north and west of the city centre are wealthier than south and east. The business centre is located around 6-Settember-Plejn and Maljenstr., and the shopping heart is located south of Pojmispl. along Jamaltstr.