Gramen is the capital of the continent of Scania. The city is situated on the shore of the Scanian Sea (East Inner Ocean) and has a population of 2.5 million (4.3 million in the metropoliten area). It was founded in 1671 by pioneers as one of the main fortresses on the western shore. Due to good crossroads it became the main trade center and the capital of the Scansei province. After unification of Norvag, Scansei, Tronlad and Garand provinces in one state in 1869 it became the All-Scanian capital. Nowadays Gramen is the largest political, trade, financial, scientific and cultural center and an important hub with two international airports, many railroads and motorways. Please see the author’s homepage. 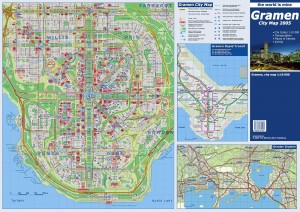 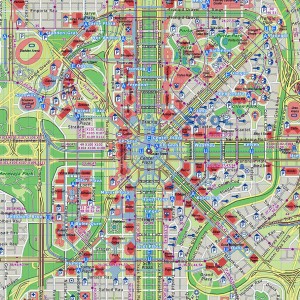 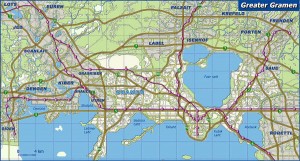 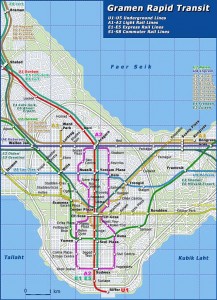