Currently, I’m drawing the city of Tarott, capital of the Republic of Kalm. It’s scheduled to be finished in 2014 or 2015, as the original plan to finish it in summer 2012 cannot be kept.

The work continues on “Opengeofiction”

In 2013, the original file of Tarott, drawn in a normal vector-based software, got too large. It wasn’t longer possible to work with it (saving the file took 30 minuntes up to one hour, even on a quite new and fast system). Well, it’s clear that a city drawn in 1:20,000 scale with am original paper size of four times A0 (approx. 2.4 to 1.7 meters) is a bit “out of range” for such a software. However, that’s not a reason to resignate, as we have Opengeofiction now. So, I took a while to figure out the best way to convert the vector data to GIS data and import it to the new environment. So here’s Tarott on Opengeofiction now. Not all details imported yet, but the work continues here!

By the way: I’m drawing Tarott in the same style as Forberg and Wittersberg, but as the surface of the map is eight times bigger than the one of Forberg, which took me nine months to finish, you might have an idea of how much work it is. But you won’t have to wait until the map is finished in 2014 or 2015 to see some parts of it. I opened the section “Work in progress” where you’ll find, from time to time, screenshots of parts of the city that I’m currently working on, along with short descriptions about what you see in the respective part of the map. Here’s the collection of the parts of the map that have been published so far: 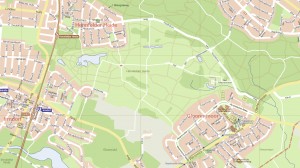 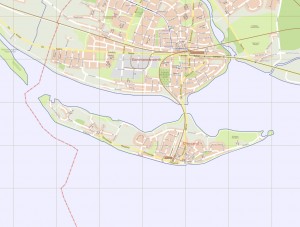 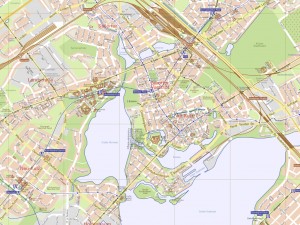 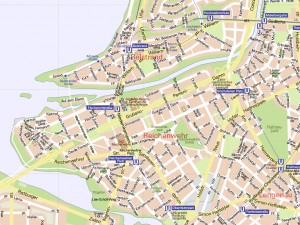 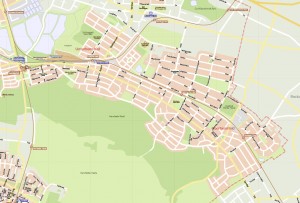 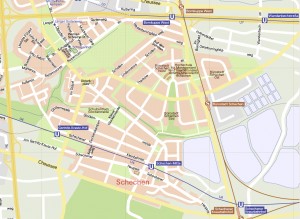 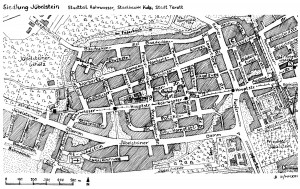 I already finished the line schemes of all nine metro lines, as displayed at the stations. Lines U1-U5 are the older small-profile lines (2.54m wide cars), U6-U9 are the newer large-profile lines (2.90m wide cars). U5 is a half circle line, U8 is in fact a branch of U6 operated separately since 1998 (there are plans to extend U8 to the city center, but realization is unlikely). U9 is a fully automated driverless line with platfrom screen doors.

Listen to station announcements of a part of line U1, recorded in April 2012 on a trip from Rauchhof to Thonsdorfer Weg on the way to a meeting at “Evangelische Hochschule Tarott-Suhrbang” (Protestant University Tarott-Suhrbang).