Wittersberg, the biggest city of the correspondent canton, has a population of 38,731 (date of issue: June 30, 2009). It is located 20 km south of Forberg and 30 km southwest of Golbrünn (capital of the Markland region). The function of the cantonal administrative center was taken over by Korlent in 1974, located 10 km to the northeast. Wittersberg is the administrative center of the protestant church of Markland-Südfora and is known for its theological university. The city has a good freeway connection. The S4 suburban rail provides a direct public transit connection to Golbrünn and the regional tramway line 8 connects to Forberg since 1993 (using the tracks of the former Forberg-Wittersberg railway between the two cities). 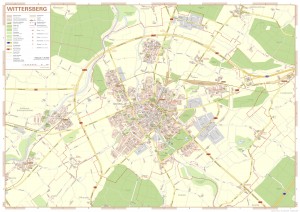 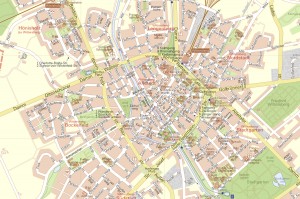