Borroland is a larger country of about the population of the UK, but with a smaller proportion of wild country. It is a peninsula on the north‑eastern edge of a continental landmass, but is mostly separated from the other countries by a large mountain range. This country does not have any motorways, instead the approach has been taken of upgrading existing roads with extensive bypasses. Clicking on the thumbnails, you will find a detailed map of Borroland and maps of the cities of Athenry, Bouth, Cardington and Litchfield. To see this project in its original context, please take a look at the author’s homepage. 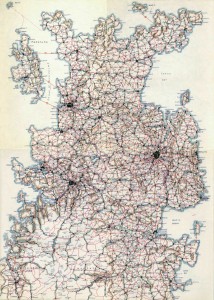 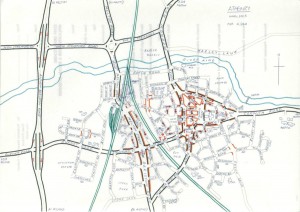 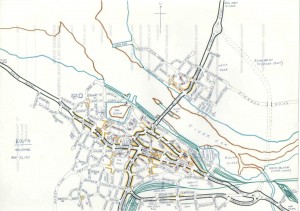 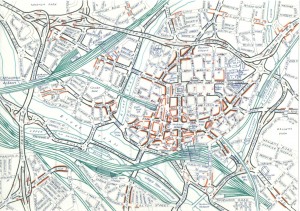 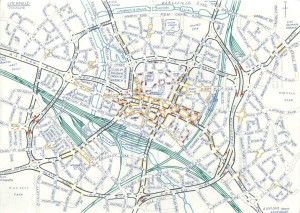