Piora is the planning of a city for 100,000 inhabitants around Val Piora (Ticino/Grisons, Switzerland). Situated in high valleys with a lot of lakes, the altitude is mostly over 2000 m. The aim of the planning was to project a large town in an existing, still uninhabited area in the Swiss Alps with optimal setting in the relief, optimal distribution of the functions and optimal public traffic. There are two sururban rail lines and a dense bus network. Of course it would be an ecological and economical disaster to construct a city in such a place, but it’s still a good place for a playful imagination. You will find a detailed descripition on the author’s homepage (German). 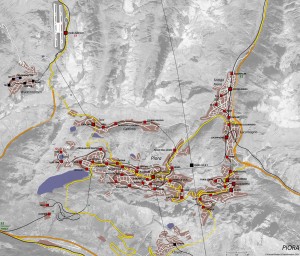 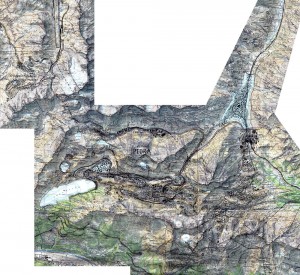 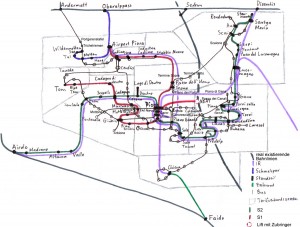