Latina is a fictional city by the same authoer as Aaby and Delta. A fictional city in a fictional South-American state. Well, there are certain similarities to Buenos Aires, as you may notice. The city’s street grid is quite significant – a rectangular road network with some diagonal connections. The map shows the inner city and the nearby outskirts, the entire city is much bigger than the part shown on the map. Latina is located at the Atlantic coast and the tourists from North and South America as well as from Europe can expect a lively metropolis – Theaters, other cultural spots and hotels are shown on the map. Sports are important within the city – five soccer teams play in the permier league of the country. Golf, sailing and rowing are other famous sports. Again, there is a dense public transit network. Due to problems with the monocentric suburban rail network, the half-circle metro line no. [9] is under construction. You’ll find a large city map with descriptions for visitors on the backside, a harbour map and a map of the western outskirts as well as an overview map of the transit network, an administrational map, historical maps of 1910 and 1950 and a detail map of the development of the metro station Plaza República. Have fun! 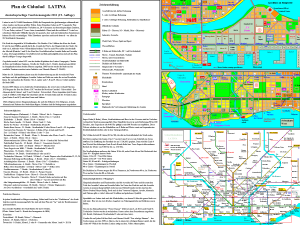 Backside of the city map with metro network 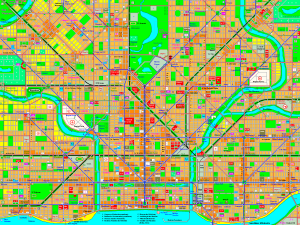 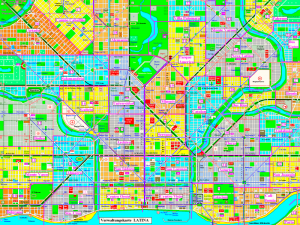 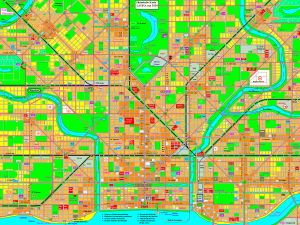 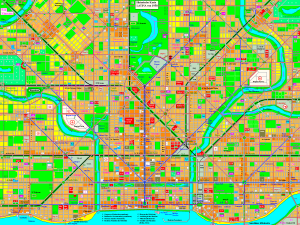 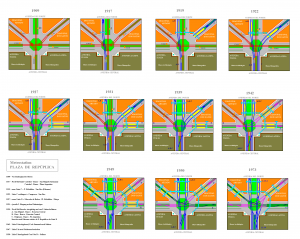